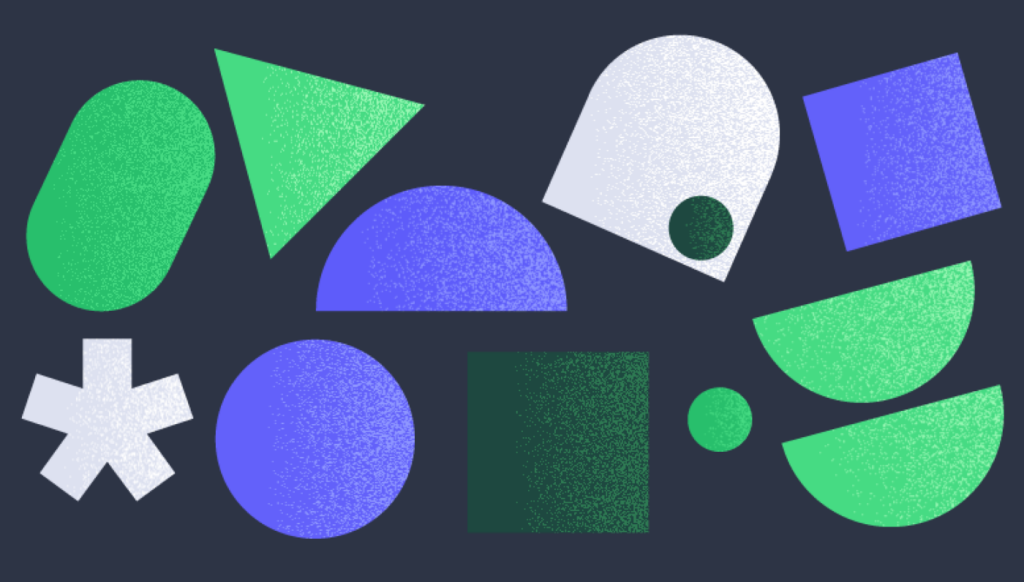 Thought 2020 would be the high-water mark for video? Think again. Even though 2021 saw organizations starting their return toward business as usual, video uptake only continued to grow.

After buyers were thrust into virtual-first purchasing experiences during the pandemic, many concluded that they actually prefer buying remotely.

What does that mean for business teams, even as the world returns to normal? So far, there hasn’t been—and likely won’t be—a snap back to the pre-pandemic status quo. New tools and approaches are necessary to reach and convert customers.

Here are the key shifts we’ve seen supported by our benchmark findings for 2022:

As the use of video increases, it’s important to have benchmarks to guide best practices, identify opportunities, and evaluate success. That’s why we created the fifth annual Video in Business Benchmark Report, which analyzes businesses’ use of video to support sales, marketing, and communication efforts. 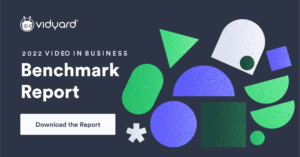 So let’s dive in on this year’s benchmarks so you can see how you stack up, and in turn, stand out.

Video Benchmarks for Creation and Publishing

Total video creation increased 178% in 2021—to the tune of over 1.3 million videos that were created with or uploaded by Vidyard customers.

What tools are businesses using to create their videos? To answer that, we compared the popularity of videos created using Vidyard’s screen recording tool (what we call “user-generated video”) against videos that were created outside of the Vidyard environment, then uploaded to
the platform for hosting (which we term “produced video”).

The Number of User-Generated vs. Produced Videos

As we’ve found in our other studies, such as our State of Virtual Selling Report, hybrid videos see the highest response rates and produce the best results—something that video creators are clearly seeing, too. Each year, we see a more diverse spread of industries embracing video, along with the use of an online video platform to manage both recorded and produced video content. Video is used across various industries for several different purposes, including marketing, sales, communications, and support.

Overall, the high tech, media, entertainment, and publishing industry, and communications industries created more videos on average in 2021 than in other fields.

High tech has always been a leading industry for video creation (up 51%). However, media and comms are new to the number two and three spots this year. Growing 109% and 334% respectively over 2020. Reasons for this likely include a steady increase in media consumption, a doubling down on virtual events, and a movement to embrace new forms of consumer interaction.

Average Number of All Videos Per Company by Industry To dig deeper into the trends surrounding business video use, we broke down the average rate of creation of user-generated versus produced video.

But the biggest boost? The communications industry’s staggering 607% year-over-year growth in user-generated video. These stats agree with the findings in our State of Video Report, where we learned that nearly 60% of teams are using video in their customer and sales conversations. One-to-one video is uniquely capable of forming authentic connections with customers to drive deals forward, making it an obvious choice for industries seeking better business results in a changed post-pandemic landscape.

Average Number of User-Generated Videos Created Per Company By Industry With such meteoric growth in the creation of user-generated video, it’s unsurprising to see that the rate of produced video generation has remained relatively flat (if not shrunk).

The top three sectors that published traditionally produced video content in 2021 were the retail, high tech, and financial services industries. This was the 1-2-3 lineup last year as well.

With the rising ubiquity of user-generated video, this reduction of investment in traditionally produced video isn’t surprising. Companies—even traditional holdouts like retailers—are shifting their video efforts to quick, easy, and effective user-generated videos that cost less
to make while posting comparable (or better) results.

Average Number of Produced Videos Per Company by Industry Since creating user-generated video is generally a lower barrier to entry (or even free), it makes sense that smaller organizations with smaller budgets adopt it at a much higher rate than more expensive produced video.

Average Number of User-Generated vs. Produced Videos Per Company by Company Size The resources that companies use to create their produced videos are changing. In 2021, organizations relied less exclusively on external resources for video creation.

Large organizations saw the most significant shift (with their use of external resources down 42% since last year). For mid-sized companies, the most important move was to focus on a combination of both internal and external resources this year. This avenue for video creation accounted for 35% of medium-sized businesses’ content in 2021, compared to just 10% in 2020. Now that we’ve had a chance to dig into the trends and benchmarks around video creation, let’s go a little further and look at video content including the most popular types of business video, distribution trends, and data around video length.

What’s the most popular type of on-demand video content? Brand videos (a new category this year) surged to the top of the heap, followed by product demos, and social video.

This year marks the first time we investigated the types of live video that companies are investing in. 53% of organizations report using some form of live or synchronous video in the last year, including live streams, virtual events, and live webinars.

With the marked shift to remote or hybrid work over the past two years, it isn’t surprising that live video is rising in popularity. Additionally, while many events are going physical again, it’s common for organizers to add live virtual sessions or online companion components for those
who don’t attend in person. These live video augmentations increase the event’s reach and produce fantastic ROI.

Types of Videos Businesses Have Already Invested In The most popular B2B distribution channels for the year are social media and websites. However, for the first time ever, YouTube dropped to fourth place in channel popularity. Its replacement? Sales and customer conversations.

With that in mind, it makes sense that video has risen in popularity as a customer conversation tool. It’s one of the most effective ways for sellers to catch prospects’ attention, and it’s an unrivaled tool for driving deals to close. As we saw in the previous section, using video for sales prospecting, customer conversations, and support have shot to the top of the list for both sales and customer experience roles. This further reinforces video’s value as a tool to change minds and deliver top-tier buyer experiences.

Interestingly, the other two top uses for video by sales roles are in websites and marketing emails—both traditionally marketing-specific channels. This may allude to a growing interconnection between sales and marketing, where teams are blending their traditional responsibilities in order to build a better buyer experience from start to finish.

The average length across all videos in 2021 was 9:58 minutes—which is up from the 6-minute average of our previous year’s study. This increase represents the second year in a row since the launch of this report in 2016 that the average video length increased compared to the previous year.

The majority of all videos (56%) are less than two minutes in length, which makes sense given the proliferation of user-generated video for sales and customer conversations.

The single biggest jump was in videos over 20 minutes in length, surging from 6% of all videos created in 2020 to 18% in 2021. The rise of virtual events and webinars, where on-demand recordings can run from half an hour to over an hour in length, has no doubt contributed to this growth. Trends in Video Engagement and Retention

Viewers are busy people. Not everyone who clicks Play is going to watch your video all the way through. But how long your video does retain its viewers before they drop off can tell you a lot about how that video is landing with your audience.

According to our annual customer survey, adding CTAs to video content is one of the top feature priorities for both sales and marketers. So having an understanding of viewer drop-off also gives you intel on when you should add in-video CTAs to try and push your viewer to the next step before losing them.

In 2021, viewer engagement actually trended up—that is to say, viewers watched for a longer period of time. When averaged across all video lengths, 54% of viewers watched a video all the way through to the end. That’s up from 45% of viewers who did the same in 2020.

Viewer engagement peaks at the first 10% of runtime, then decays steadily as the video goes on, whether it’s one minute or 20+ minutes long. On average, 62% of viewers will stay engaged until the end of a video if that video is under 60 seconds in length. (That’s 4% more viewers than last year.) If a video is over 20 minutes long, 26% of viewers keep watching until the end—a 2% boost over 2020.

One of the most commonly cited challenges surrounding video use lies in measuring their impact. As video’s popularity has grown, so has the use of video performance analytics to understand how videos are contributing to ROI.

Across all roles, sales pros are most likely to report using basic analytics. In contrast, marketers tend toward advanced analytics. Customer experience teams tend to fall in between, most often leveraging intermediate metrics. 67% of marketers and nearly 76% of sales professionals report the importance of accessing video view data in order to qualify leads, engage prospects, or influence deals.

The video platform features that businesses say they care about most in an enterprise video platform are aggregate viewer analytics (including viewing trends, drop-off rate, and channel performance across viewers) and individual viewer analytics (tracking views and engagement
for each individual viewer). Rounding out the top three is robust integration into marketing automation or customer relationship systems.

Companies Making Use of Different Levels of Video Analytics How to Use Video Benchmarks to Your Advantage

As you’ve seen throughout these findings, video creation and distribution are rising, and we don’t see things slowing down anytime soon. Our customers and employees now have expectations that involve a digital-first world, with the ability to have video meetings and conferences, less travel, and quicker, more personalized responses.

From now on, we’ll be using video to connect, educate, and create trusted relationships when it matters more than ever.

Please take advantage of the critical shifts we’ve seen supported by our benchmark findings for 2022 by embracing the trends and trying them out for yourself. Download the full report to study these benchmarks further or share with your team. 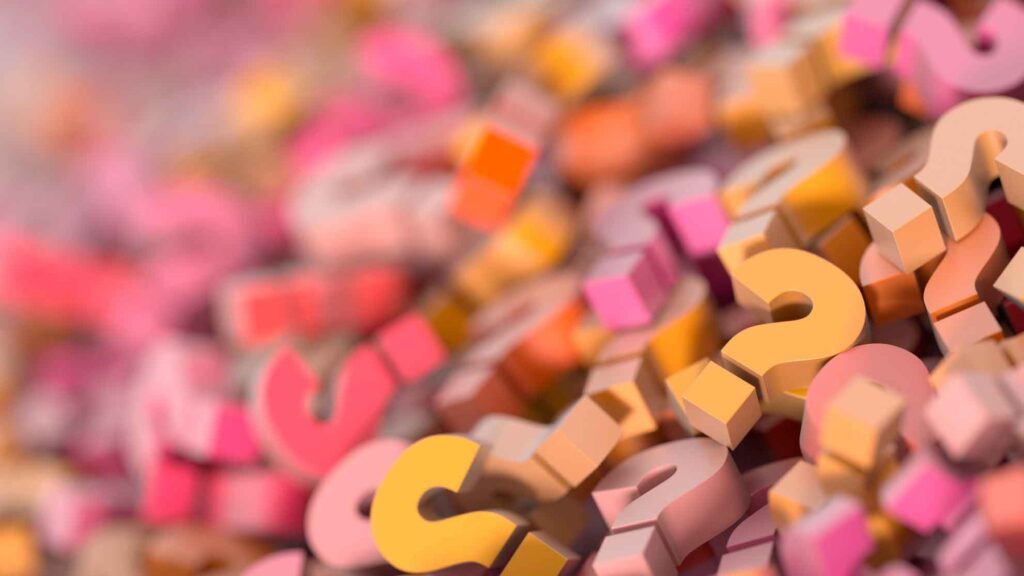 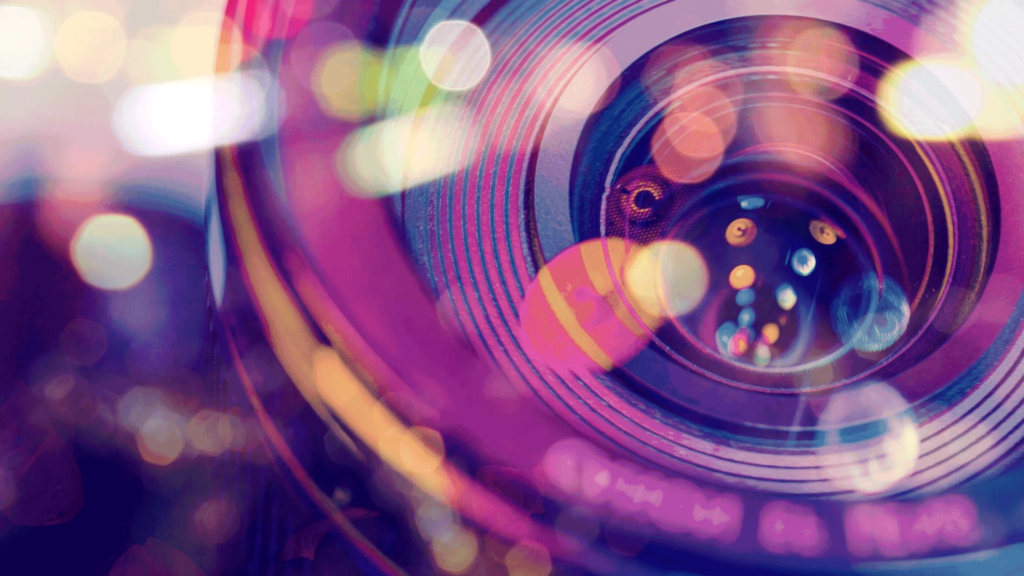 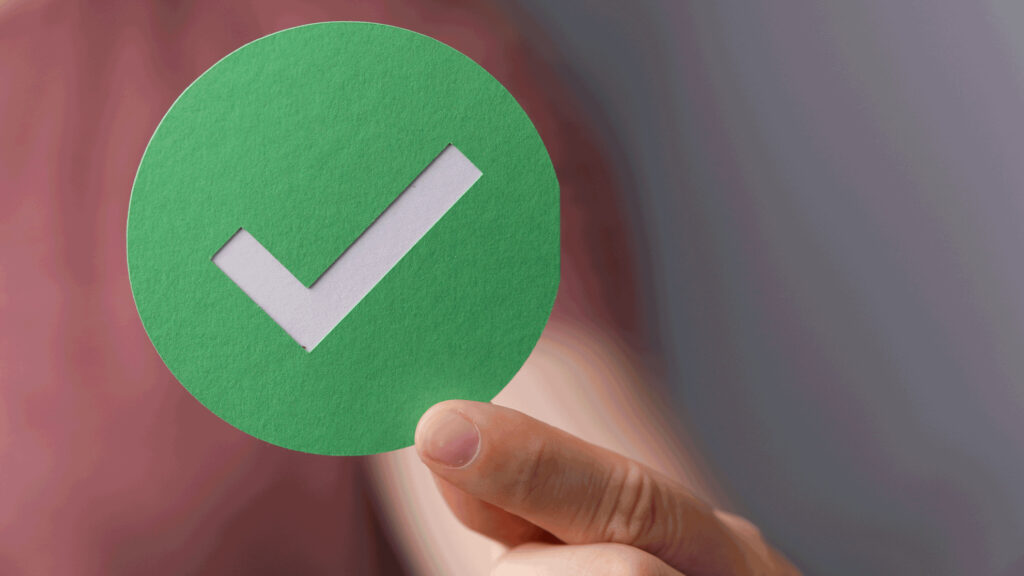 How to Evaluate an Online Video Platform

The Video in Business Benchmark Report

Get the video benchmarks you need to stand out

We'll be in touch shortly. Until then, why not take a look through our Blog?