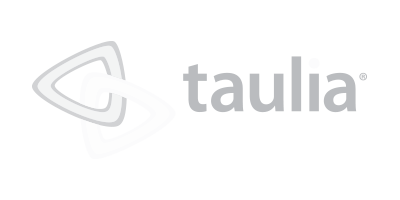 See how the team at Taulia used creative video content and real-time analytics in Marketo to generate $125M in new pipeline from video.

Taulia provides cloud-based invoice, payment and dynamic discounting management solutions that revolutionize the way businesses interact and partner with each other.

You don’t need everyone to see your videos: Just potential customers.

Taulia loves video. The company understands that video is the next best thing to being with your customers in person, so they create fun and inspiring video content to engage leads all the way through the sales funnel.

Taulia’s videos are so entertaining, like their spoof on Dos Equis’ popular “the most interesting man in the world”, they could go viral. But B2B video marketing isn’t about going viral – video views don’t count, customers do.

To turn viewers to customers, Taulia creates content that speaks directly to the needs of their target audiences in a fun and approachable way. But they need to do more than that, including measuring and reporting on the ROI of their videos, and getting the insights needed to not only optimize content, but convert even more leads into customers. Being able to manage their video assets more easily would be a pretty awesome help, too.

Simply, they wanted to enable both the marketing and sales teams to impact the bottom line. 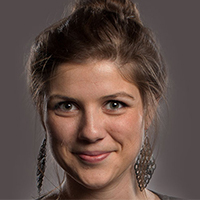 Using the data in Salesforce, our reps can follow up with as much context as possible. It’s a fine line to walk between stalking and caring, but we’ve found that people love when we know exactly what they want. In such a digital world, people have come to expect that level of behavioral understanding.

Vidyard, so 'insightful' and wise

Taulia now uses the Vidyard video marketing platform to easily scale their video library, generate and qualify more inbound leads, and track their true ROI on video content. Using a Vidyard Video Hub, Taulia has created a central, branded location on their website for all their video content. The Hub has essentially replaced YouTube for the company, and they’re excited to now have control over content and layout without having to rely on a developer.

Vidyard also enables Taulia to track the performance of their videos through analytics on click-through rates, qualified views, and attention span, as well as testing for the most engaging splash screen.

Video Analytics and Insights in Marketo

This information is useful in other ways, as well: Bhaji Illuminati, Taulia’s Senior Marketing Manager, triggers automated email follow-up from Marketo to convert leads who have watched more than 50% of certain videos, since they’ve shown a good level of interest.

Vidyard’s Marketo integration is also vital to converting more effectively from webinars; the team now embeds the videos on landing pages, using contact forms to collect contact details. The data is included in each lead’s Marketo activity log, helping Bhaji and the team more accurately lead score based on individual activity. Leads who score 80 and above receive automated follow-up with tailored content that helps convert them though the sales funnel.

Trigger automated email follow-up from Marketo to convert leads who have watched more than 50% of certain videos.

Hold on to your hat; you’re about to get blown away.

Taulia’s results with Vidyard are Impressive, with a capital “I”. Their video marketing efforts have influenced over $125 million in new pipeline. To put that into perspective, that’s more money than the most recent Hunger Games movie installment earned in its opening weekend. Want to know how they did it? Let’s break down just some of the measurable results.

Using Vidyard’s video analytics, the team now edits video content to increase campaign success: specifically, a product demo video was revised after data revealed that 70% of viewers dropped off before the last 8-10 seconds due to the sales-pitchy final tone.

Video engagement analytics also gave the marketing team a greater understanding of their audience: 19% of all time views for Taulia videos came from mobile devices. This surprised the team, whose target demographic was assumed to not rely on mobile at home. Because of these insights, however, the team has started delivering some casual, humorous content to audiences on weekends, taking advantage of every opportunity to engage and stay top-of-mind.

Leads and analytics don’t stop at the marketing team. The info is shared through Vidyard’s Salesforce integration, allowing the sales team to directly engage with leads right at the moment when they are most interested in Taulia’s content and products.

Now that Taulia has the tools to optimize content, measure video and campaign performance, gain audience insights, and score and convert leads better than ever, there is now a directly measurable and significant impact on the bottom line. Together, the marketing and sales teams ensure that it isn’t just video views that count, it’s the customers who matter.