Vidyard today announced it has launched Vidyard for Salesforce, empowering businesses to connect with customers, partners and employees in entirely new ways using video. Adding a video layer to the Salesforce experience, Vidyard gives organizations a simple interface to upload and share videos with internal teams, contacts and leads. Individual viewing history can be tracked right within Salesforce, making targeted sales conversations easier than ever. Vidyard for Salesforce also provides a secure platform for uploading and sharing videos within Salesforce Chatter. Vidyard is currently available for download on the AppExchange.
“At Vidyard, we believe that video assets are the most powerful sales tool, but never before has it been possible to integrate video into the sales process through the cloud. We’ve been working across the marketing organization since the beginning, making it possible for demand generation, content, e-mail and social teams to incorporate video effectively into their campaigns. Now we’ve enabled the sales organization. It’s now possible to turn viewers into customers,” said Michael Litt, CEO and co-founder of Vidyard.
“Companies are looking to transform the way they connect with customers, partners and employees to thrive in the social era and mobile era,” said Leyla Seka, vice president AppExchange and Partner Operations, salesforce.com. “By leveraging the power of the Salesforce Platform, Vidyard provides customers with the ability to integrate video into their sales operations to accelerate business success.”
For the first time, video views and engagement data will be pushed directly into Salesforce, giving insight into which videos are being watched, by whom, and for how long. When reaching out to a prospect, a sales rep now has incredible context as to what someone is interested in and what to discuss during an initial meeting. In addition, Vidyard has added a secure video layer to Chatter opening the doors to the most engaging form of content. With the Vidyard application, video can now be used in Chatter for sales, marketing, internal communications and training. 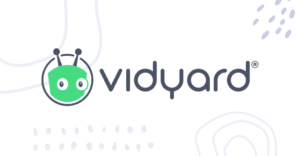 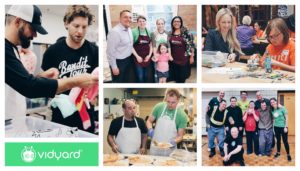 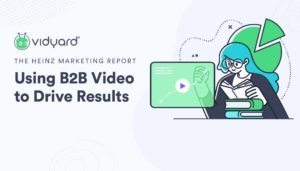