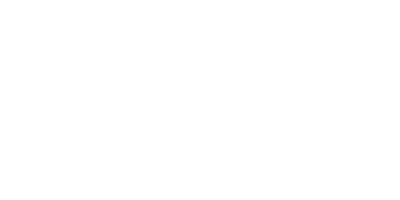 Using Video to Outmarket the Competition

Smart cities start withMiovision. The company, founded in a basement twelve years ago by three University of Waterloo friends, has evolved into the leading authority on traffic data. While it began as a traffic solution company, Miovision has continued to innovate and evolve. Today its dedication to solving real-world problems has led the company to its current objective: helping cities achieve their smart city visions.

When you have a small team, creativity becomes your biggest marketing advantage

Miovision’s small marketing team goes up daily against much larger, established competitors. But the team operates with one big advantage: its creativity. “We work in a traditional industry (municipalities) that is notoriously slow moving. Our competitors are typical transportation companies. They’re not exactly known for their marketing creativity and are pretty behind the times when it comes to tech,” explains Matt Trushinski, Director, Marketing at Miovision. “Given we’re a technology company, we want to press our advantage to keep ahead of the pack. Anything we can do to stand out, we try to do. And it’s allowed us to outmarket a lot of our competitors.”

But as all marketers know, there are only so many levers to pull and tactics to try when it comes to email marketing. “There are a finite number of municipalities and cities in the world. We can’t do anything about that. Our target market is what it is. And within that world, people have limited time and attention. Their inboxes are crowded. So to get the most out of every campaign, we have to genuinely connect with our target audience and quickly convince them we have the solution for their problems.”

Miovision’s industry also has long and complex sales cycles, so Matt and his team are also responsible for maintaining pipeline velocity. “We need to move sales cycles along faster and keep prospects educated, engaged and progressing forward.”

These are challenges that would test any marketing team—even the highly creative folks at Miovision. No one understands this better than Matt.“We tried changing up the content. We tweaked subject lines, but when it came to click-through and open rates we were doing just okay—about industry average. It’s really tough to break through the noise.”

Video scares a lot of marketers. They think they need a videographer on staff or an expensive outside agency. After I got my camera I just started making videos. It worked well and the feedback was quite positive.

Integrating video into every step of the buyer’s journey

Matt has a fondness for video-based marketing. When he arrived at Miovision, one of the first purchases he made was a video camera. He just plunged in and began experimenting. “Video scares a lot of marketers. They think they need a videographer on staff or an expensive outside agency. After I got my camera I just started making videos. It worked well and the feedback was quite positive.”

In parallel, Matt discovered that one of his colleagues on the Miovision support team had also begun using video. “We were both experimenting with video and we were seeing good results. So we had a meeting of the minds. We decided it was time to invest in a video platform that would allow us to get the most out of what each of us was doing.”

Matt and his support colleague were initially using Wistia for video hosting but found the solution rather limited. “It was pretty good for video recording but its integrations were weak and it became pretty limited the more you tried to do,” says Matt.

Matt knew he needed a platform that would support Miovision’s shift to becoming a video-first company. “Vidyard is a far more versatile video platform. It operates off the concept of players and videos as separate items, which is very powerful when you get your head around it. For instance, you can create a playlist, or use embedded fields to pull in videos. We rely heavily on webinars and have lots of on-the-shelf content. With Vidyard, we can pull in a webinar recording that’s sitting in our marketing automation platform (MAP) and extend and maximize its shelf life. Vidyard also provides us with valuable sales-related data and allows us to gate all video-based content so we can capture leads in our MAP and CRM. It’s just fantastic from an analytics perspective. Really robust on the back end.”

Because the Miovision team was already using video in multiple campaigns, it began experimenting with Vidyard’s reporting prior to the official onboarding of the full solution. “We didn’t want to miss out on getting Vidyard analytics for any of our campaigns,” explains Matt. “Vidyard’s team was super helpful, stepping in to get our current campaigns outfitted with video and educating our different departments on how to use the system,” says Matt. “It allowed us to become early experts internally. The whole company went from never using Vidyard to using the solution across multiple functions in just a few weeks.”

Matt and his team have used Vidyard to integrate video into every marketing process. “Every time we go to execute on a process we ask ourselves, ‘what are the stages where we can leverage video?’ For instance, as soon as we have a topic for a webinar, we now book a filming date and in one sitting record a webinar invitation video, a date reminder video, a ‘thanks for coming’ follow up video, and a ‘sorry we missed you’ video. No matter what path a prospect might take, we have a piece of video content custom-tailored for that purpose. We also record the webinar and cut it up into chunks. It all goes into Vidyard. This way, at every step of the marketing and sales process, our prospects have video of someone talking them through it.”

Video has helped Miovision stand out from its competition and create brand recognition. It’s also driving familiarity with sales prospects by putting faces to names. Through video, a prospect may hear from a product marketing manager they met at a tradeshow, meet the sales rep who is responsible for their account, and/or regularly interact with other “faces” of the Miovision brand. Matt recounts how his team recently launched a creative campaign using video, direct mail, and a clever giveaway to drive interest for Miovision’s participation in a major US trade show. Says Matt, “Traditionally in our industry it’s been a challenge to generate prospect interest prior to a show. This time, however, we had qualified leads engaged before the show even started!”

Miovision’s marketing team is just finishing up their Vidyard adoption phase. However, the team is already experiencing a ton of success in the short time they’ve been up and running. They are achieving four times higher open rates on email campaigns and click-through rates three times higher. “We’re seeing unbelievable results from using Vidyard,” says Matt. “People typically difficult to get on the phone are engaging with video content, and our webinar numbers have doubled—if not tripled. We have hockey stick growth in a lot of our marketing metrics thanks to Vidyard and it’s given us a huge boost.”

The fact that marketing is knocking it out of the park has caught the attention of others in the company—particularly within the sales team. Miovision’s sales people are now using the Vidyard Chrome extensionto send out prospecting videos, meeting recaps and follow-ups. Rather than try to gather sales teams together for training on the latest product release, marketing also used video enabled by Vidyard. It allowed them to save costs and measure sales engagement with the content. Says Matt, “When members of the sales team using video look like superstars, everyone wants to be part of that success. When they start seeing the results, everyone sits up and takes notice.”