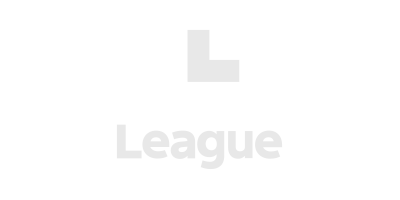 Crafting a perfect sales message can be painful, but it’s essential to capturing a decision maker’s attention. In an over-saturated sales market, why not try video? That’s exactly what we did at League. We create innovative personalized video emails in an instant. We’ve not only emerged as industry leaders in digital health, but we’ve increased our response rate by three times. Here’s how Vidyard’s video marketing has shaped our sales strategy.

The sales industry is cut-throat and competitive. We are all too familiar with our inboxes being saturated with offers featuring the latest and greatest product or being inundated with popup ads every time we consume digital entertainment. Quite frankly, it becomes annoying and turns off potential clients.

When I accepted the position as the VP of Sales at League, a digital alternative to health benefits, I knew I wanted to build a cutting-edge team and invest in an innovative sales software. In the past year, we’ve grown from a team of one to more than 30 dedicated sales professionals. I attribute a great deal of our success to the early adoption of Vidyard. Their video creation tool is our secret weapon in the ever-competitive world of marketing and sales.

I was familiar with Vidyard and knew they had a world-class marketing and sales operation. When they launched Vidyard, I reached out to one of my friends at the company and asked for the opportunity to spend some time with it. It only took a few moments with the software to realize that Vidyard was exactly what our sales team needed.

How to Successfully Deploy Video in Your Sales Org

Ease-of-Use Is the Top Priority at Vidyard

Implementation and training was a snap and each of our sales reps at League are trained to use Vidyard to communicate with select prospects. When you’re in an industry that’s dominated by big names, you need every edge you can get. Thanks to the incredibly simple, yet powerful interface in Vidyard, the sales team at League has had no trouble separating ourselves from the crowd.

The following four features in Vidyard are simplifying our sales cycle, saving us time and generating revenue.

• One-Click Recording: With Vidyard’s Chrome extension, making a new video is as simple as clicking a button and just talking.

• Easy Email Sharing: Once our sales rep has recorded a message, they drop the link into an email and shoot it to the recipient. It’s as simple as that.

• A Buildable Library: After a member of our sales team has completed a video, the finished product can be added to our group library to be used for future messaging.

• Send Out a Playlist: Vidyard allows us to create video playlists that we can send to our clients to convey a bunch of information all at once.

More than anything, Vidyard works consistently and effectively, every time. Of course, solid tech is just the jumping off point for the myriad benefits that League has discovered over the course of our time using Vidyard. We’ve seen tangible results throughout the sales cycle. Here is a sampling of the instant value that we’ve gained from Vidyard in six months.

Cut Through the Noise: When it comes to enticing prospective customers to try League, Vidyard is indispensable. The inbox of most company executives is constantly getting pounded with sales emails all day every day. Even on LinkedIn and on Twitter, there’s almost no reprieve. So, to have software like Vidyard that helps distinguish our product immediately is invaluable.

Add Valuable Personalization: One of the biggest benefits to Vidyard is the instant connection your video emails make with the client. As opposed to a traditional solicitation email, Vidyard puts you front and center with the customer from the get-go. This enhances the customer-provider relationship immediately.

Vidyard Provides 3X Better Response Rate: We’ve found that video emails are much more impactful than the traditional options across the board. When a potential customer sees their name or sees a video that’s been tailored to their business, they’ll instantly appreciate the extra time and effort you’ve put into your work.

Convey Your Message Precisely: Let’s be honest, most executives are way too busy to read word-for-word every single sales pitch that comes their way. There is simply no time to read every email with precision. With Vidyard, however, our clients can simply click the play button and hear exactly the message we want to convey. There’s no skimming the message, which means there’s no potential for our message to get garbled because an executive is busy with his or her assignments.

Vidyard Is Impactful at Every Touchpoint: Whether you’re reaching out to a new customer, responding to questions, providing a micro demo, recap or overview of a meeting, Vidyard’s intuitive tools make it easy to transition from old school emails to something fresh and interesting.

4 Tips and Tricks When
Adopting Vidyard for Your Company

At League, we adopted the Vidyard platform in its infancy. As a result, we’ve had more time than most with the product, thereby learning some important lessons.

• Get Your Team Onboard: If you just stick to the standard lessons provided by Vidyard, you won’t likely see wide adoption of Vidyard among your team. Not because the product isn’t exceptional, but because it’s new. With all new things, it’s important to assign your team specific projects that focus on the new technology. If you encourage your staff to pick up Vidyard and use it once or twice, you’ll find that your team is much better equipped to make the most of the Vidyard software.

• Give Your Team Helpful Feedback: When starting out with Vidyard, some will be too stiff, some will talk too slow or too fast, some will use their hands too much or not enough. The point being, not everyone is going to be a natural when it comes to filming themselves for the first time, so be sure to provide some constructive criticism in the early stages so that everyone on the team can improve and feel confident.

• Circulate the Best Videos: When someone on your team shows a natural talent for video emails, or you run across a particularly good example of a video email, spread it around. Not only will this help motivate your employees to work hard, but it will also give them a more clearly defined goal to shoot for when they make their video.

• Circle Back Around: It should only take about two weeks until the Vidyard software becomes a habit for your work force, but that doesn’t mean you should sit back. Keep assigning projects that are shared with the team at large, keep giving feedback and keep showcasing your best material. Using Vidyard consistently will help make it part of your corporate culture, which can only improve Vidyard’s already-sterling results.

Since transitioning to Vidyard, we’ve received tons of feedback from our customers that state quite clearly that the first step in our relationship was due entirely to the innovative and creative use of video emails. This marketing strategy is cutting-edge new technology; early adopters can only reap huge dividends with video emails, and while the market may saturate over time, there is nothing quite like video to maintain a clear, concise and timely message.

If you want to kick your sales efforts up to the next level, then video emails are the way to go, and Vidyard is the only smart option. It takes 30 seconds of our time to create a personalized video to leave a lasting impression with our prospects. While I would love to keep this secret all to myself, I would encourage sales professionals looking for the next trend in sales and marketing software to check out Vidyard.