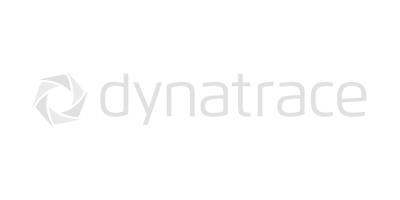 Going Beyond YouTube to Connect with Customers a World Away

Hear why Dynatrace moved to Vidyard to deliver a better customer experience and to generate more value from their existing video content.

A global leader in Application Performance Management (APM) solutions, Dynatrace provides customers with the application performance insights they need so they can deliver when it counts. Holding an enviable standing as one of the Fortune 500, Dynatrace has over 5,700 customers worldwide, including nine of the 10 largest banks.

Video is the next best thing to being there in person. That’s why Dynatrace engages their target B2B audiences and strengthens customer relationships with their portfolio of over 800 (800!!!) videos.
Wowzers. This impressive suite of video marketing content was being hosted on YouTube. The site is, after all, a search engine second only to Google.

Yet, while YouTube offers many benefits, it also presents many obstacles. One of the biggest? YouTube is blocked in some geographic regions, including the location of one of Dynatrace’s top five customers… Gulp.

If that wasn’t enough, YouTube also does not allow the uploading of what it considers “duplicate content” – videos that are almost indistinguishable from each other. This prevented Dynatrace from uploading the same video in different languages for customers around the globe.

YouTube also couldn’t tell the marketing or sales team who was watching what. And don’t even get the team started on the struggles with editing, embedding, and getting accurate analytics on their videos.

Time to throw down the gauntlet on YouTube and find a more robust video marketing solution. We help our customers deliver their content regardless of browser or geography, so it is essential that we offer an experience of our brand that is in line with who we are and what we value.

Vidyard comes to the rescue

Dynatrace, dedicated to helping customers dependably deliver business-essential services, was unwilling to accept anything but a similar experience for their own content.

With Vidyard, the team could share videos with any customer or prospect anywhere in the world by embedding them on their website and landing pages. Remember that top 5 customer? Engaging and viewable video content helped the marketing and sales teams strengthen the relationship further than ever before.

Vidyard also allows the team to easily manage video assets in different languages. And when videos need edits, it’s no problem with options like batch-editing, and the ability to keep the same embed link across all channels when updating a file. So all the team’s lengthy spreadsheets detailing every update on each video file can now be turned into paper airplanes and flown around the office.

Now, no matter how the video strategy grows, Vidyard will scale for the future.

… when videos need edits, it’s no problem with options like batch-editing, and the ability to keep the same embed link across all channels when updating a file.

Vidyard delivers even more than imagined

More than firewall skirting and ease of management, Vidyard enables the Dynatrace team to accurately measure the performance of any video.

Now, the team can get real data on which videos are (or aren’t) best engaging their audiences and driving the greatest number of sales opportunities. These analytics carry over from any edited version, all language formats, and across all channels.

Yet even a successful video may not be relevant to some. Until Dynatrace knew who was who, engagement and conversion on an individual level was like a shot in the dark.

Now, the team uses the Vidyard integration with Marketo to identify who’s watching which videos, when, and for how long to more accurately identify, nurture, and convert their hottest leads.

YouTube has not been abandoned, however. It’s still an important distribution channel, and it’s now easily managed thanks to Vidyard’s YouTube integration. Says Dynatrace’s Director of Brand and Social Marketing, “YouTube is now supplemental to our video strategy. Vidyard is where our videos are centrally managed and distributed. It’s where they live.”

YouTube is now supplemental to our video strategy. Vidyard is where our videos are centrally managed and distributed. It’s where they live.