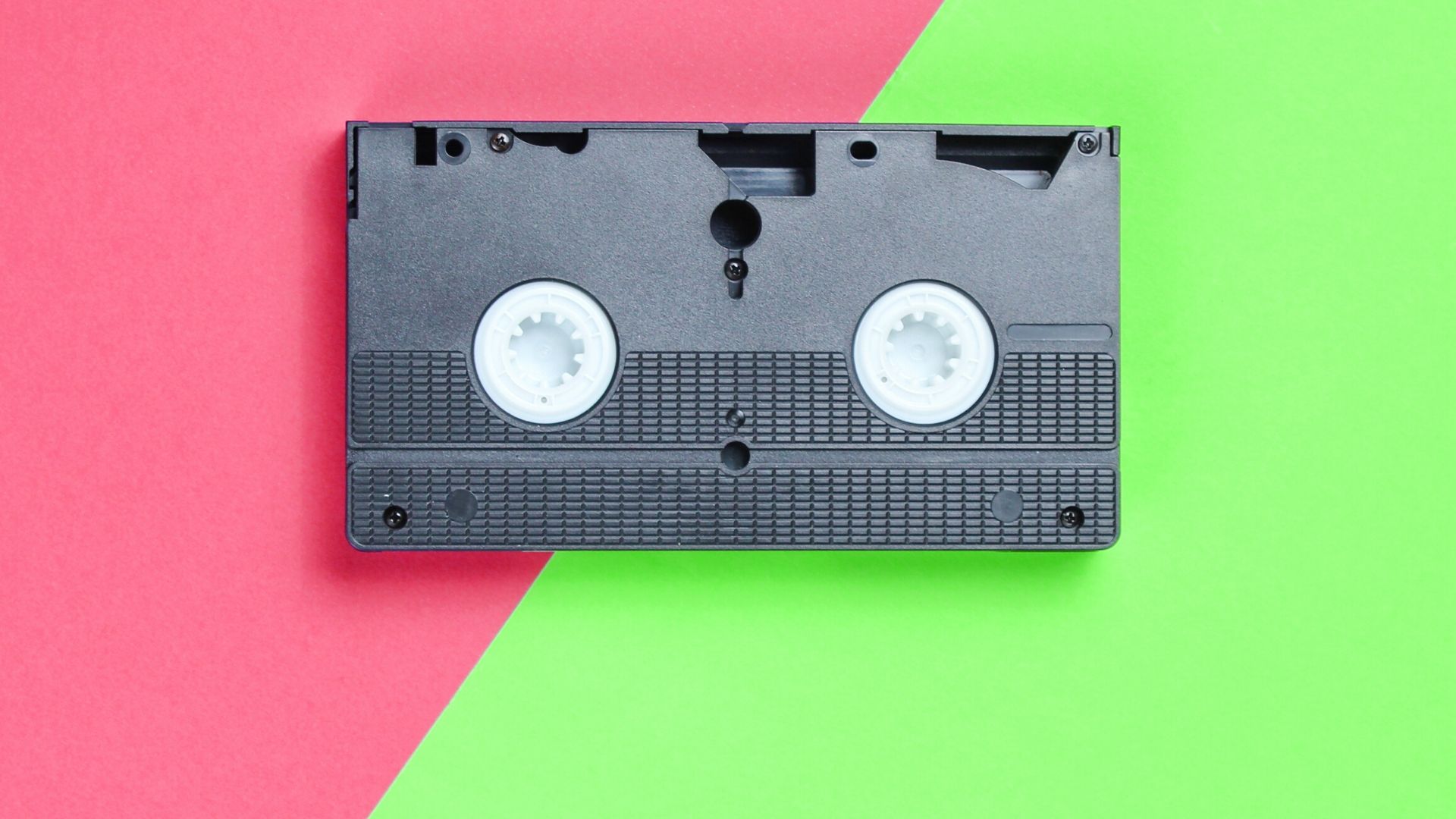 Have you ever Skyped in space? Met the Godfather of demand gen? Or been on a dating show for… features? Some of the brightest minds in B2B video marketing have turned their attention to creating videos that inspire, thrill, educate, and yes, build pipeline and revenue.

If you want to do the same, there’s no better inspiration than watching these video marketing examples from the B2B space and learning how these organizations have integrated video across their digital marketing programs.

Consider this is an opportunity to learn from the best. Notice how they apply video to every stage of the buyer’s journey to create awareness, generate leads, and educate customers. And take note: Most of them know that view counts no longer count—they’re focused on engagement data and how their investments in video impact lead and pipeline generation.

So without further adieu, here are some of the best examples of video marketing campaigns and programs from B2B in 2019!

Some of the greatest stories ever told start with an equally intriguing title, like NetMotion Software’s “Skyping in Space.”

Skype? In space? Yes indeed. The team at the mobile VPN provider wanted to convey the coolness of smooth, uninterrupted connectivity from any mobile device anywhere in the world. So they sent an iPad into the stratosphere and gave it a ring.

What’s so amazing is that this video shows (rather than tells) that the NetMotion Software team is rugged and reliable. You feel like you’re there on the launch site helping to strap gear to the rig. Everything about the story is meta. It’s a video about video and the crisp, clear quality of the footage makes the team’s point.

Plus, like any good thriller, it’s punctuated by danger—the balloon erupts (just as planned) and the whole thing comes crashing down into the desert. You really live it and leave with the impression, “Wow, I trust these people now that it’s obvious that their product does what it claims.”

For the rest of you marketers, consider what your own Skyping in Space video could be! What’s that one video that would prove, without a shadow of a doubt, that your product or service can do exactly what you claim? It’s a perfect way to earn trust, something we desperately need. Content marketing platform Uberflip gets the Oscar for best original script in a B2B marketing video, hands down. Their explainer video series is funny, but it’s also secretly genius: It’s designed to keep viewers watching and create brand affinity while educating them on what Uberflip actually does.

In the first video in the series, someone explains Uberflip to a listener who says, “Wait, explain it to me like I’m five,” which prompts a scene and wardrobe change. Then it happens again, with a different gag. It gets the viewer laughing, but it also builds anticipation. What gag will be next? You have to watch to find out.

And once you finish the first explainer, you can’t help but go one level deeper to get specific product features explained to you like you’re a contestant on The Bachelor.

What’s really interesting is where the concept for this video came from: Uberflips’s own employees often use analogies to explain what they do to others. So, they stayed true to that and made analogies the star of their videos.

Uberflip partnered with the agency OneMethod to write the script and produce all four videos in the series, providing an overview explainer and then deeper dives into their three main product offerings, all tied together by relatable analogies that make their story, and their product, truly memorable. “That moment of humanity colored the rest of my life,” says the video’s protagonist, who went from using Crisis Services Canada’s emergency hotline to working there. Now, she’s helping to grow the non-profit and save others.

It’s clear that the Genesys team understands great storytelling and treated this initiative, called CX Heroes, not as an opportunity to plug their software but as a chance to celebrate the amazing people who use their platform. Only at the end of each video, after a documentary-quality, heart-wrenching human story, is there any mention of Genesys.

Grab that box of kleenex before pressing play! And also grab that pencil to take plenty of notes. In this breakout video series styled after Martin Scorsese’s The Godfather, True Influence’s The DemandGen Father series used Vidyard’s video personalization and interactive quizzes to give their prospects a truly unique experience. It thrills—you can feel the tension—but also drives the point home that True Influence is the ultimate fixer that can truly help marketers modernize their approach.

But the real hero of this campaign was how the personalization shines through in both the narrative and visual aspects of these stories. Each viewer’s name is integrated into the story in a way that enhances the narrative and leaves them with a sense of wonder.

When watching the examples below, be mindful that they are personalized for someone named John Smith at Company, but that each viewer would see their own name and company name integrated into the story. Not surprisingly, this campaign generated click-through and engagement rates well-above average—it was content that prospects couldn’t refuse.

Go ahead, ask the DemandGen father a favor.

Microlearning platform Axonify proves that B2B customer marketing doesn’t have to be, well, B2B customer marketing. Their approach to creative content not only drives greater adoption of key product features, it helps build the type of brand relationship that makes their clients genuinely want to continue doing business with them.

Axonify crushed it in 2019, creating a range of video content for their clients. A creative video series called Meet the Features is part of a drip campaign to introduce their clients to product features that they may not be using yet. Instead of the same old product videos, they cast employees as personified versions of each feature and had them pitch their value as if they were on a dating show!

Axonify has also doubled down on video personalization as a way to stand out from the noise and deliver a truly memorable experience to their customers. Their personalized video to invite each customer to their annual user event was a hit, and their personalized “Axonify Express” holiday video (a play on The Polar Express) was absolutely magical.

The results? Way more engagement, increased product adoption, and the odd love letter from customers to say how much they LOVE their content and working with such an amazing brand. Lucidworks, which offers artificial intelligence-powered search solutions, produced such a profoundly useful online video series that it got a second season! How many B2B companies can say they’ve had that?

The team launched a YouTube channel called Lucid Thoughts, which is dedicated to breaking down complex and otherwise hairy topics—like the differences between natural language understanding and natural language processing in a fun, approachable way.

The agency Storyboard Media helped them refine the concept and write scripts that are so informative, you forget that it’s marketing.

The team produced a total of 18 videos that have been viewed thousands of times, and they’ve repurposed them for their annual conference and to share in sales outreach. Talk about getting serious mileage out of your video content! Procurement software company Zycus’ results say it all: A 6.6x return on investment (ROI) on their video investment with more than 250 qualified opportunities in 2019 directly attributable to video content. Their top 10 videos alone helped them drive $25 million in pipeline.

So how’d they do it? They committed to becoming a video-enabled business while investing in the right mix of educational content, video-based thought leadership, and a video marketing platform that helps them leverage video as an integrated part of digital marketing, demand gen, marketing automation, and sales.

The Zycus product marketing team creates hundreds of videos every year for demos, feature releases, and product messaging which are distributed to regional demand generation teams. Each team localizes the video by translating the subtitles and using them in emails.

The customer team then uses them for education, the engineering team to explain, and sales to sell. It’s a whole-funnel approach. Behind the scenes, they use Vidyard, integrated with marketing automation and customer relationship management (CRM) systems to track viewer engagement for both lead qualification and ROI tracking.

Their success isn’t based on one great video, but a holistic video selling and video marketing strategy. Check out their video hub to get a sense for the type of animated and live action content they’re delivering!

Believe it or not, the agency Digital 22’s journey to a whopping £1.9 million video ROI began when they purchased a £100 Sony camera less than two years ago. The CEO of HubSpot, Brian Halligan, told them to geek out on video so they geeked out.

The agency began recording everything from their office culture to customer calls, and built a gigantic library of videos that they edited and embedded everywhere across their site with big, bold calls to action.

Digital 22 quickly amassed 25,000 views, but they were more concerned with measurable impact in the form of leads and pipeline. So, they integrated their video content with their HubSpot marketing automation and CRM, and focused on promoting their videos through all their channels including their sales development team, throughout every stage of the funnel.

A massive 20% of Digital 22’s video viewers became qualified leads and almost a third of those became sales qualified opportunities.

Best of all, all those learnings enrich the work they do for their clients.

Marketing and sales agency New Breed recognized that video was a powerful way to educate prospects and establish themselves as trusted advisors. They also recognized that the success of video is more dependent on the quality of the content than the budget of the production.

They developed educational content to support all stages of the buyer’s journey, including “Quick Tips” and “Behind the Scenes” series, and trained their sales reps on how to use one-to-one video messaging.

One year after ramping up their video program, New Breed noticed their win rates had increased by 33% and average deal cycles were nearly cut in half (without a reduction in average deal size). Feeling inspired by what you’ve seen? Video has a role to play at every stage of the funnel, and with so many video tools out there—both paid and free—there’s really no excuse not to be doing it. Go create your own today. 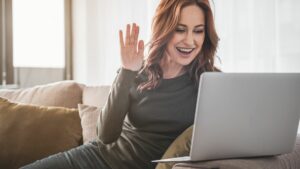 40+ Creative Video Messaging Ideas for All of Your Business Needs 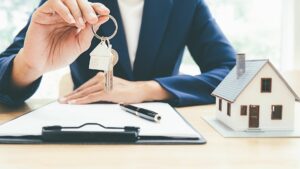 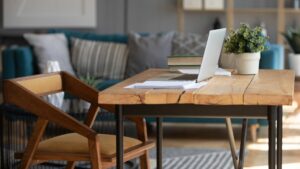